In late 2016, I was renovating the workshop (beside the kitchen porch).  I removed a wall cabinet and the plywood it was mounted to, and found this bronze plaque on the outside wall of the old sauna.  It shows that a steam turbine powered ship was built in 1902 and first named the “Queen Alexandra”.  In 1912 it was purchased by the B.C Coastal Service and renamed the “Princess Patricia”.

In 1881, The Canadian Pacific Railway formed the British Columbia Coast Steamship Service (BCCSS), which would provide passenger service to various coastal communities for the next 80 years. Many of its special breeds of coastal ships bore the name “Princess”.  After the turn of the century, the economy and population of British Columbia expanded dramatically. The CPR built up its Princess Line – the pride of the coastal service – to a fleet of thirty-two ships. These steamers plied the “Triangle Route” between Vancouver, Victoria, and Seattle. Some ships sailed further north, where they were the lifeline of many isolated ports on Vancouver Island and up the coast of British Columbia to the Alaska Panhandle.  The British Columbia Coast Steamship Service was renowned for its Princess cruises through the dramatic Inside Passage to Alaska.  The coastal service brought prosperity to the region and was recognized as one of the finest coastal fleets in the world. Being one of the first two steam turbine ships built, the Princess Patricia held the speed record for the Triangle route.

Her replacement, The Princess Patricia II was built in 1949 and for two seasons she was chartered by Stan McDonald, a Canadian-born businessman now in Seattle, for cruising between Los Angeles and Acapulco during the winter. McDonald became excited about cruising during the 1962 Seattle World’s Fair. He eventually branched out to other vessels but chose to name his new company Princess Cruises after the venerable Princess Patricia, the first “Love Boat”. 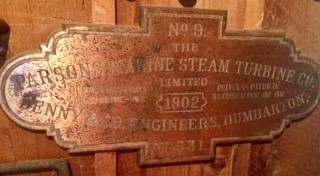