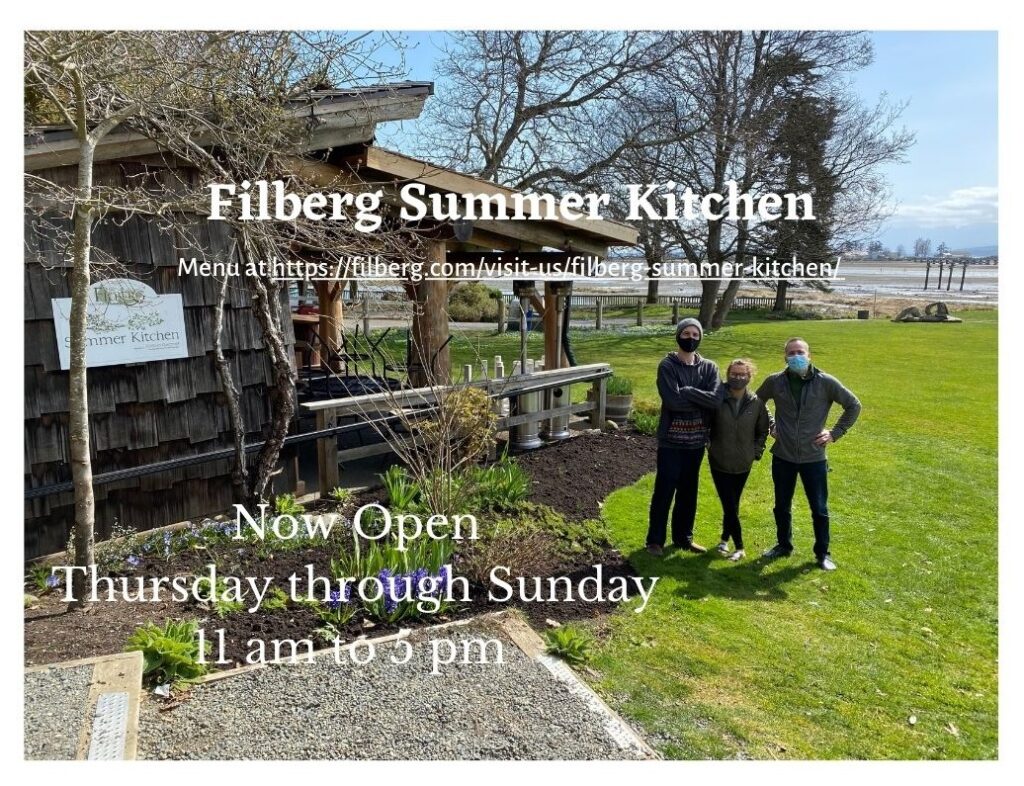 The Filberg Summer Kitchen is open

Thursday through Sunday from 11 am to 5 pm

The Filberg Heritage Lodge and Park Association is very excited to welcome Chef Marc-Andre Dubois of Dubois Food Co. to the Summer Kitchen for the 2021 season. Here is a bit of information about Marc;

My interest for cooking started at a young age, in La Belle Province of Québec. By a young age, I was learning how to make the fluffiest omelets, at home cooking with Mom. A few years later, while learning how to make soups in Home Ec., my curiosity got the best of me. I decided to apply at restaurants in my hometown. At 16, I landed my  first restaurant job as a dishwasher at La Steakerie Le Ste-Marie. Four years later, I was working all stations at this luxurious Steakhouse and was loving it.

In 2001, at the age of 20, I spent a summer in Banff, Alberta. I was hired at Giorgio’s Trattoria , an “all from scratch” Italian restaurant. Under Chef Nigel Walker’s supervision, I spent the next 4 years learning a great deal about Italian food. It is at that time that I decided to put my head down and absorb as much as possible. I decided to take this profession seriously because I knew I was going to do this for a while. Chef Walker was a great mentor.

In October of 2005, I moved to Vancouver and was hired by Chef Dave Jorgensen at Lift Bar Grill View as a line cook. After a short period of time, Chef Jorgensen noticed my talent and dedication. He took me under his wing and offered me a great amount of knowledge on food, techniques and organization. My time at Lift opened my eyes to the high-volume, Fine Dining scene, and the West Coast style of cuisine. I was introduced to French techniques and the beauty of fresh seafood available here on the west coast. After three years working under Chef Jorgensen, he moved on to his next challenge. I stayed at Lift Bar Grill View for one more year and worked under Chef Scott E. Kidd, who taught me “old school” French cooking.

In 2008, I reconnected with Chef Dave Jorgensen and started as his Sous-Chef at the Salmon House on the Hill in West Vancouver. After perfecting my craft under his mentorship for another 3 years, it was time to move on. To this day Chef Jorgensen is still a mentor and a great role model.

I then started my career at Langara Island Lodge as the Sous-Chef. I worked with Chef Michel Bertholet for 3 years before he retired after his 25 years legacy. I was asked to take over his position, to rejuvenate the food and wine program. I had the opportunity to spend 5 years working as the Executive Chef for this premiere fishing resort, located on beautiful Haïda Gwaii. During that time, I also had the incredible chance to run Mike Wiegele Heli-Skiing, private operation, Albreda Lodge for 4 seasons.

Since moving to the Comox Valley in 2018, I’ve been blown away by the bounty of quality ingredients growing in the Valley, and really feel the need to highlight the local farmers, growers, fishermen, and ranchers, in the creation of dishes for Dubois Food Co., my small scale private dinner catering company.

I am extremely excited to take on the Filberg Summer Kitchen for this summer, and offer a high-quality dining experience for the people of the Comox Valley.

I do not consider myself to be self-taught; I was very lucky to have met extremely talented chefs who each took me under their wing and had the patience to mentor me for many years. 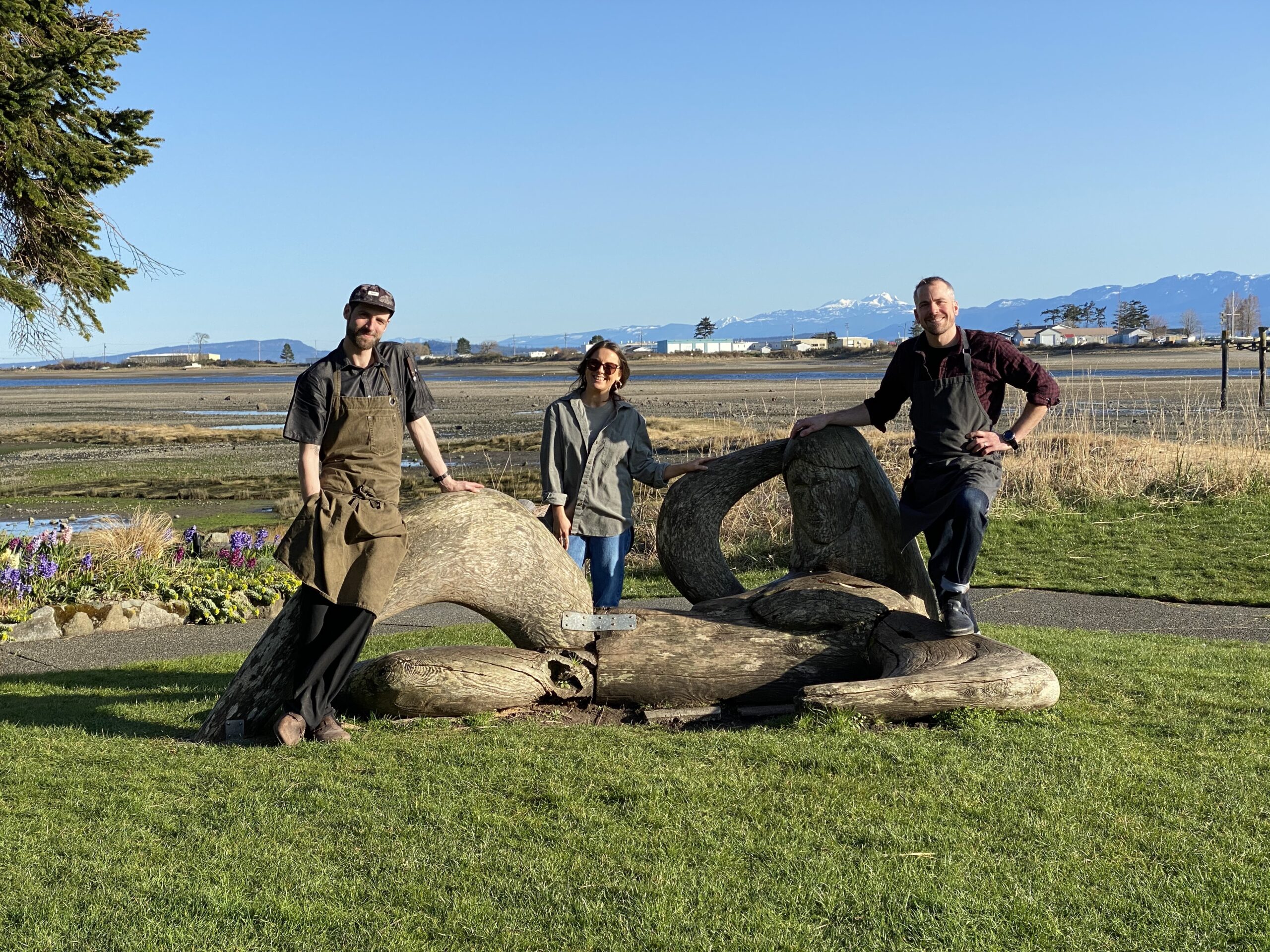 Get the latest news on all the upcoming events and activities at the park.